UTTARAKHAND:  Born in a family of freedom fighters, activists, and bureaucrats, Shveta Mashiwal (37) has an ambition to see her home state Uttarakhand on top in the parameters of health, education and basic facilities.

After losing her brother in an accident in 2011 and then her mother to cancer in 2018, she went through a phase of depression but reverted to her true self. “The sense of loss can be overwhelming. But then those who left me would never want me to live in perpetual grief. Both Bhaiya and Maa were great visionaries from whom I draw inspiration. I decided to contribute and give back as much as I can to the society like my family has done always,” says Shveta. 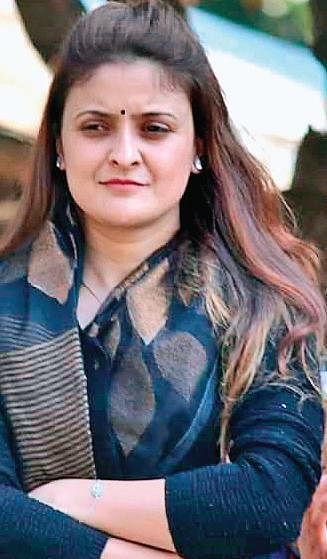 Hers was a rare family which practiced ‘sada vrat’ – when food is provided to the needy on a permanent basis and a ‘langar’ is always on, she said. Ranging from organising health camps to arranging food, medicines, to filing multiple PILs on health and education infrastructure and rampant drug abuse, Shveta does everything along with managing her personal life that shuttles between Mumbai and Ramnagar in Nainital district.

She founded the self-funded ‘Vatsal Foundation’ in December 2011 in memory of her brother Sudeep Mashiwal to realise his dreams of providing better health and education facilities to the people of the hill state, especially in rural and remote areas.

A graduate in history, she also holds a degree in media management. Shveta has also worked as an RJ in a reputed radio channel. She was also a TV commercial filmmaker and a producer of many automobile adverts. However, her life changed forever after a phone call on February 26, 2011.

“I had lost my only brother in a horrible car accident right outside my farmhouse. My dad, who had played an important role in setting up the Uttarakhand Board of Secondary Education’s office during the UP-Uttarakhand reorganisation had just retired a month before. I traveled to my home that night to take care of my shattered parents,” Shveta recalls.

Her team started operations in July 2011, five months after she lost her brother. The village where she wanted to start a medical camp was flooded and elephants had to be used to get patients to a safer side. They were then  medically examined to make sure they were fine to sustain the monsoon season.

“It all started from there. I got a huge response from villages across my hometown. Within a year we conducted at least 12 such camps. At Vatsal, me and my team wanted to focus on healthcare, education and social awareness because villagers knew little about their rights and duties,” says Shveta. As her work gained momentum, she started to face resistance from local leaders who thought she wanted to contest the assembly elections. She has refused to budge.

Shveta’s foundation continues to work extensively in the field of health and education. The foundation, among other things, also adopts a school from the remotest and underdeveloped area of the state every year on December 25, her brother’s birthday. For one year they provide for everything such as furniture, stationery, books, and uniforms for children, water filters, sports kits, repairing of toilets and other arrangements.

Shveta’s efforts along with her team members have transformed more than 10 schools in the state. They have also opened libraries and provided scholarships to students from economically weaker sections.
Dushyant Mainali, who works closely with Shveta in pursuing PILs filed by her in the Uttarakhand High Court, says, “Sudeep Bhaiya was a beacon of light. He always thought of enriching lives. Shveta has channelised her pain for the greater good of the people.”

Meanwhile, Shveta’s father fell sick and was soon paralysed. “I realised had we got his diagnosis in time, we would have saved him from temporary paralysis and a seven-hour surgery. Dad’s long treatment taught me so much about timely medical intervention,” recalls Shveta.

Then her mother was diagnosed with end-stage terminal esophageal cancer. “I was told clearly at the Rajiv Gandhi Cancer Institute that she wasn’t a candidate for surgery. I decided to keep the whole thing to myself. I lost her in November 2018,” says Shveta.

“I realised that helping a patient get treatment as an activist was one thing. However, being able to make their last days better is also equally important,” she says. During the pandemic, her team has been busy working to help people whether it is distributing ration, medicines, oximeters and oxygen cylinders, or arranging hospital admissions.

They also arrange consultation via telemedicine in collaboration with doctors, including AIIMS, Rishikesh. “It feels great when a person admitted at a low oxygen level is discharged after recovery,” says Shveta. Her team also played a key role in bringing back over 12,000 migrants to Uttarakhand from various parts of the country during the lockdown last year.