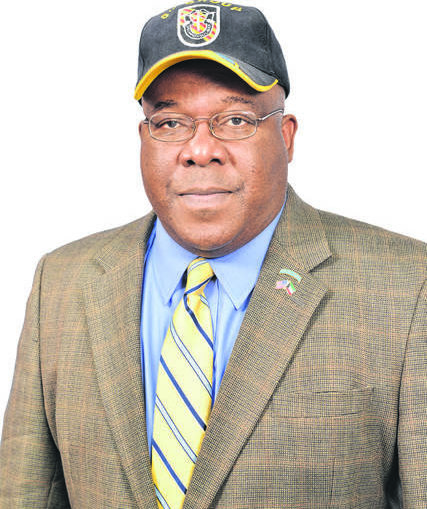 FAIRMONT — Almost 50 people are on the path to employment as a result of Fairmont’s four virtual job fairs.

The job fairs, which concluded Tuesday afternoon, took place at Town Hall, with some attendees being helped in the parking lot, from 10 a.m. and 2 p.m. on Oct. 14, 21, 28 and on Tuesday. The event was held virtually and outdoors to prevent the possible spread of COVID-19.

Though he hoped for more, he was grateful for the amount of families who will be affected by the event, Johnson said.

“That’s 53 families whose lives are going to be impacted by us making a different kind of effort,” he said.

In 2019, 320 people attended the in-person job fair, with more than 50 people finding jobs with the Census Bureau, he said.

Each virtual session included representatives from NCWorks, Telamon Corporation, and Southeastern Community and Family Services. A fourth company, such as Two Hawk Employment Services, House of Raeford Farms or another, joined each session. Southeastern Community and Family Services helped enroll people in welfare services, home health or other health-care services during the job fairs.

Fairmont Commissioner Charles Kemp, who helped organize the event, also said he was pleased with the turnout. He called the job fairs an “astounding success.”

“That’s pretty good for having to do it this way,” Kemp said.

Johnson and Kemp hope to host another job fair in 2021, but will wait to make plans regarding COVID-19 restrictions at that time. In the meantime, they both expressed gratitude for the ability to work together to make the event possible.

“The Fairmont Employment Initiative is a concept NCWorks will employ even after the COVID-19 situation diminishes,” he added.

Johnson has worked with Kemp to host more than 30 job fairs in Fairmont.

“He is a wonderful leader over there (at the NCWorks Career Center),” Kemp said. “It’s been a pleasure working with them.”

Kemp hopes the jobs will set town residents on a better path, with the ability to provide a more opportunities for themselves and their families, he said.

“It’s like a domino effect,” Kemp said of having a job.

“I think it’s part of Fairmont’s responsibility to look out for the best interests of the people that live in our community and by doing that, by helping them find meaningful employment,” Kemp said.